Lisk (LSK) is a decentralized cryptocurrency that allows developers to build their own side blockchains off of the main blockchain. It is somewhat similar to Ethereum, though it focuses more on application development than it does smart contracts. The goal of Lisk is to get more developers into working with the blockchain, while providing a simple way for them to get started.

What Is Lisk & How Does It Work?

Lisk is a fork of the Crypti project, which didn’t have enough financial backing to reach its main goal. Like most cryptocurrencies, Lisk has its own main blockchain. We’ll call it the “mainchain.” The mainchain provides the security and stability that the side chains feed off of.

Each developer has their own side chain that is under their complete control. By building off of the main one, developers are saved the effort of creating an entire network from scratch.

Development is made accessible by Lisk’s software developer kit, which is written in JavaScript. This simplicity creates a user-focused experience, ensuring teams feel as comfortable as can be with their project instead of being overwhelmed.

The network uses a Delegated Proof of Stake consensus algorithm, with each LSK holder having the power to vote for mainchain representatives. Each rep is responsible with keeping the network secure, with a total of 101 active electives at any given moment. Other representatives are either waiting to move up to the mainchain or are securing side chains. Regardless, all of them are rewarded with LSK for their work.

Lisk has a basic roadmap, with most of the focus being around stabilizing their current implementations:

Once the rebranding is complete, we are likely to see the price raise significantly as the platform moves into 1.0. They plan to implement a new web and desktop application, alongside lowering their high fees. The goal is to have a fully usable platform by Quarter 4 of 2018.

It is paired with the Microsoft Azure cloud services, which developers can use to deploy their applications. Also, the team has partnered with the Chain of Things Research Lab to explore how secure the blockchain can be while running on the Internet of Things.

Also, Lisk offers their own academy for anyone to learn more about the platform and how to develop for it.

Lisk was founded by Oliver Beddows and Max Kordek, who initially worked on the Crypti project together. The ICO raised $5.8 million, and became the second most successful cryptocurrency crowdfunding project at the time. Since then, the team has grown to 41 dedicated members, with most of those working in the development side.

Oliver is a full stack developer and has over 15 years of experience in building applications for businesses. He wants to inspire developers to follow their dreams and create decentralized applications to make the world a better place. Max, an entrepreneur, shares this dream and sees the potential in the blockchain.

The entire team is based in Berlin, with contractors from all over the world helping with the project.

Overall, the Lisk team is fairly active on their social media. They’ll tweet about each event they are at, alongside sharing some fun Lisk-related image submissions. Also, a large chunk of the team are very active on the subreddit.

As of this writing, Lisk is available on 21 exchanges, with Binance, Bittrex, and Poloniex being the most prevalent. We can expect to see the coin reaching other exchanges like Kraken as well, due to its full release coming later this year.

Unlike other coins, you cannot mine Lisk. It doesn’t operate on a proof-of-work system. Instead, you can gain LSK by buying it, becoming a delegate, or becoming a voter. Delegates pay their voters with LSK, though it isn’t a ridiculously high amount.

Every ten seconds, a block is generated, with delegates validating any transactions before they are added to the blockchain. Each of the 101 delegates gets their own section of the blockchain to verify, with verification taking place after a network-wide consensus.

Lisk has a wallet, known as Lisk Nano, for storing your coins. It features an easy to use interface and a ton of functions for members. Also, they offer an online or downloadable application known as Lisk hub. This hub plans to be an all-in-one for your Lisk needs. Here you can manage your ID, trade LSK tokens, and make your votes. Eventually, this hub will come with its own decentralized exchange and side chain management tools.

Hardware wallet support is coming with an estimated release of Summer 2018 for both Trezor and Nano wallets.

Lisk is an incredibly promising project. It has a ton of hype for 2018, and bringing more developers into the blockchain is never a bad thing. While they have to nail their relaunch to bring it to the public eye, crypto enthusiasts have their eyes on the upcoming token. 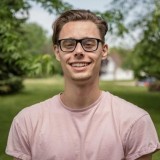 I am a gaming and cryptocurrency journalist who wants to one day bring change to the world with my interests.