VideoCoin is a decentralized content distribution network that runs off of its network of users. The more one contributes to the network, the faster videos can be encoded, stored, and distributed to the world. This content will be uncensored and the network can scale to handle any and all amounts.

Name of the ICO: VideoCoin

The team behind VideoCoin are working on a decentralized video storage, encoding, and content distribution network (CDN) running on the blockchain. It is predicted that 79% of all global internet traffic will be internet video by 2020. By that same time, there will be over three trillion minutes of video uploaded every month. 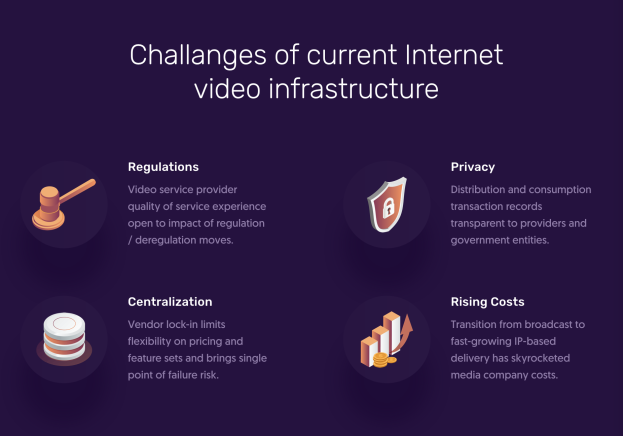 Because of this growth, centralized video distribution platforms are having a hard time keeping up. Networks are slowing down, and scalability is becoming an issue. VideoCoin wants to replace these platforms with a decentralized one with open APIs and a community-centric open-source development plan.

Essentially, VideoCoin takes advantage of their networked computers to devote resources towards encoding, processing, and storing content with a focus on video. With this technology, the project is sort of like YouTube or another content distributor, but with privacy features, worldwide scalability, and free of censorship. 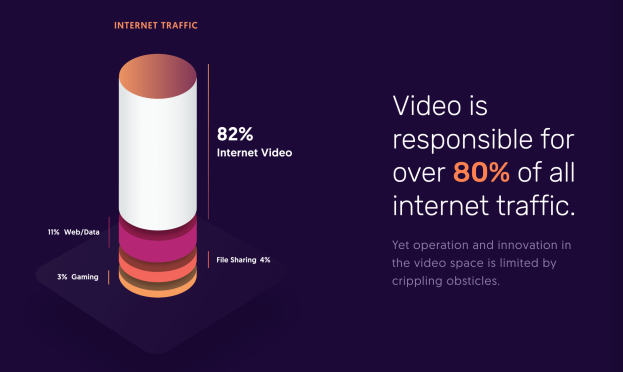 This platform will reduce encoding, storage, and distribution costs from 50 to 80%, with users participating to earn tokens. A user could be a company providing their data centers, a person sharing their cloud storage, and a consumer subscribing to content creators. It is a proof-of-stake network, meaning that the more one contributes to the network, the higher their reward will be.

VideoCoin is headed by Halsey Minor. Halsey is an internet entrepreneur who has founded or worked on projects like CNET, Google Voice, Salesforce and Live Planet. Otherwise, you have Devadutta Ghat who founded Intel’s Video Transcoding Service (which is the foundation for Facebook’s video platform.) Finally, the team has the Director of the Television Academy and two-time Emmy Award recipient Seth Shapiro.

This team has a lot of technological power behind them, but it remains to be seen if the idea here is unique enough to stand out from the competition. It’s hard to say until we have more information provided to us.

How Does The Token Work?

The token will work in two cases: as a form of payment and as a reward for different forms of mining. For payment, clients will spend their VID to rent video foundation services or to develop new sharing platforms. On the other hand, the consumer consists of either a content creator or a customer. Creators will earn tokens by creating, while customers will use tokens to pay for their subscriptions.

There are four different types of miners on the VideoCoin network: storage, distribution, compute, and relay miners. Storage miners earn tokens by pledging storage to the network. The more they pledge, the more they are rewarded. Distribution miners earn by sending videos to viewers. The more videos they deliver, the more bandwidth the network supports, and these users are rewarded. Computer miners provide transcoding to the network, and relay miners are rewarded by providing third-party storage to VideoCoin.

How Will The Investor Make Money?

The VideoCoin network is built entirely on a proof-of-stake consensus algorithm. As an investor puts more money into the network, they are providing more service to keep things running. The more this service is used, the more the investor is rewarded for their help. Miners also earn transaction fees based on their work.

The team is incredibly active in Telegram, answering any and all questions asked by the community. Also, there are a large amount of big-time crypto investors behind this project.

However, a lot of essential project information is being kept secret from the public for now. This could be a red flag for potential investors. Plus, a ton of projects talk about their solutions for scalability, but a lot of these are pure speculation for now. Most of them haven’t gotten far enough for actual testing, and VideoCoin is in the same position. Finally, VideoCoin’s focus on peer-to-peer distribution could lead to illegal content being shared on the platform.

Video quality is only going to rise as time goes on. With that, so will video sizes. Virtual reality, augmented reality, and other technologies are a large factor in this. Sports networks, visual projects, and news outlets are looking to immerse their viewers as much as possible. With the power of the blockchain, VideoCoin’s encoding, storage, and distribution methods can greatly outclass the ones we see today.

That said, there are other blockchain projects focusing on data storage that are a lot further along, with way more backing than VideoCoin. Should these bigger coins switch their focus to video, they could run VideoCoin into the ground in no time. However, VideoCoin has some big backers behind it, so the project may be able to fight back. As more details are revealed, we will be able to form a more informed opinion on the matter.