Status’ goal is to be the easiest place to get into the blockchain. It is doing so by targeting one of the most accessible devices in the world: the mobile phone. Decentralized applications are one of the biggest benefits to the blockchain, and introducing the world not only to them but to how they work is a fantastic idea.

What Is Status & How Does It Work?

Status (SNT) differs from most other currencies in that it is a decentralized mobile operating system with its own browser and secure messenger. It links to the Ethereum network, allowing users connect to it entirely via their mobile device.

Essentially, Status makes Ethereum’s decentralized applications much more accessible to the general public. The blockchain has somewhat of a high learning curve so anyone but crypto enthusiasts may have a hard time getting into the systems. Status’ solution is allowing these users to access it via their most comfortable device – their smartphone.

Say there is a social media platform on Status. Instead of providing the owners and advertisers all the power, these social networks place the users first via Status Network Tokens (SNTs) which we’ll break down a little later.

It is free, open-source, and encourages users to get into developing decentralized applications. Their client is called the Decentralized Push Notification Market, which lets users opt in and out of notifications and services, though one must pay SNTs for any services they use. However, Status doesn’t profit from selling user information to advertisers.

SNT is staked into the network, and the community votes on the future of SNT’s development. The amount of held SNT determines your “vote tokens” which signifies how much influence you have. This setup allows users to curate the content they’d like to see. Status’ social media platform is trying to solve all the current issues users face.

Currently, Status houses a few applications, such as one that allows exchanges of ERC-20 tokens and Ether, or an insurance claiming application. As more users delve into Status, this number will increase.

As mentioned, the Status Network Tokens are staked by users to choose what services they’d like to use, alongside voting for the future of the network. To create a username on Status, you’ll need to stake some SNT as well. This prevents spamming and hackers from delving into the system.

There is no official roadmap for Status. Instead, the team is working on incorporating new applications into the network. Currently, they are working on an app directory, an app that lets users exchange cash for cryptocurrency in an area near them, and a marketplace for buying stickers for use in messaging.

Otherwise, the team is working on solidifying their platform, upgrading their Hardwallet, which is the official wallet for Status coin, and their Open Bounty platform, which acts as a freelance job board for developers.

Status has one of the biggest teams in cryptocurrency. As of this writing, there are over 40 members, with 10 advisers on top of this. Most of the team is working on app development, while others handle the marketing and community management.

It was founded by two people, Jarrad Hope and Carl Bennetts, who previously created a software distribution network which they used to fund the Status project before the ICO.

While the team is very big, the Status community is fairly small. They provide updates via their blog. The subreddit is run by the community and prefers not to have the Status team commenting on or monitoring content if they can help it. This allows them to keep a very transparent stream of information coming, without any bias towards the project.

That said, the community is dedicated and working to build the network with the team. The plan is to have a network entirely governed by its users.

Status’ coin is available on quite a few exchanges, with Huobi, Bittrex, and Binance being among the biggest of them. Since it has only been tradable for just over a year, we still have a while before it would hit something like Kraken with all of its trading pairs. That said, the coin has some promise behind it, so it’s entirely viable to expect Status to rise up in 2018.

Status’ SNT coin is ERC-20 compatible, meaning you can store it in a variety of wallets. MyEtherWallet, MetaMask, and hardware wallets like Trazor or the Ledger Nano S also work. That said, they also have their own wallet called Hardwallet. 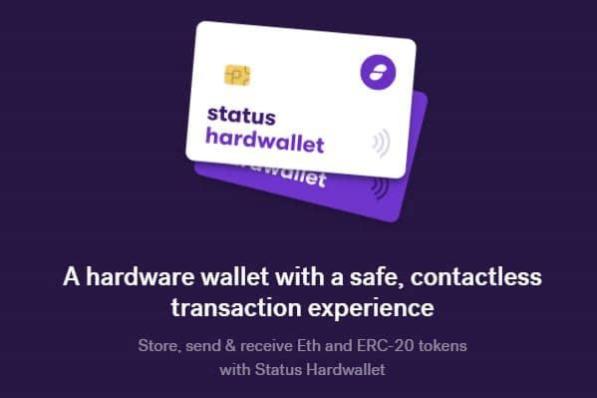 Hardwallet allows users to send, store, and receive ERC-20 tokens. It is completely open-source, available on mobile, and works with ETH and of course SNT as well.

Mobile technology is the biggest and most accessible form in existence. It only makes sense to bring the blockchain there to introduce it to the world. By making Status community run and as easy as downloading an application to delve into, the project has high chances of picking up a ton of attention as time goes on.

With Status, the team is creating a decentralized social media platform that can do it all: provide communication, offer useful applications, and allow users to pick and choose what they want to utilize. The rise of Web 3.0 is to put control back into the user’s hands, and Status wants to be there leading the pack.